Showing posts from February, 2011
Show All

A Change of Scene - Istanbul 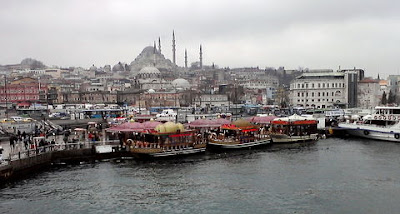 Just back from a working visit to Istanbul. Apart from the weather (cold, wet, windy) it was a great trip. There's something nice about normality: equal numbers of men and women on the streets, mixing freely with each other. Cafes and bars where you can sit outside and enjoy whatever you fancy to eat and drink. A complete absence of 'family rooms' and screens. It's just so easy. Then there's the Bosphorus. What a privilege to stand by one of the World's greatest historical sea straits, especially when someone else is paying. Oh well, back to Doha...
Post a Comment
Read more 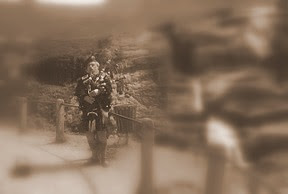 "People were attacked while they were sleeping. There was no warning"..."And when they ran, the police attacked them from the direction they fled to"..."Whoever took the decision to attack the protest was aiming to kill". The phrase 'disproportionate response', for so long associated with a different regime, has come home to roost even in Bahrain. Let those of us who can do nothing but care, at least take time to remember the dead. a lone piper still plays at glencoe "They came in the night, while our men were asleep, this band of Argylls, through snow soft and deep, like murdering foxes, among helpless sheep, they slaughtered the house of MacDonald. "Some died in their beds, at the hands of the foe, some fled in the night, and were lost in the snow, some lived to accuse him, who struck the first blow, but gone was the house of MacDonald. "Oh cruel as the snow that sweeps Glencoe, and covers the graves o' Donald, Oh c
Post a Comment
Read more

Doha Ferrari Centre is going from strength to strength. They have replaced their faded and worn-out banner signboard with a new one, exactly the same, but brash, bright and shiny. I'm not sure a humble car-wash would be allowed to style itself Ferrari Centre in Paris or London; the name would normally be jealously guarded for bona fide Ferrari dealers. But here in Doha such niceties count for little. So, while you might be disappointed if you came here looking to buy a Ferrari, at least you can have your Toyota Corolla hosed down while you wait. And all for less than the price of a pint in Rock Bottom...
Post a Comment
Read more

For Narcissa, who knows who she is 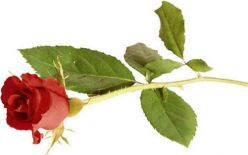 for narcissa, who knows who she is even as you say I must go home you wonder why there is a turned down bed and a chocolate to say goodnight for one less star a made up bed and no chocolate only a minibar with the sound of bees in a stump no trouser press thank god each padded cell empty of narcissa who does not leave the bar casually but with roses aforethought and the mandatory soft toy bought to the band's last number in the grey lobby
2 comments
Read more

So what has changed in the Paranormal?

By Para Glider - February 11, 2011
Not a lot. The pink bendy mirror thing has gone, replaced by a structure far more rectilinear and featuring (approx) 25,920 small silvery studs. It's probably an improvement. The impossible girl spent New Year in China and has returned, fattened out, to something possible. Danny is still louring in his corner. One beer and one Bailey's together costs less than just one beer in Doha (mine was the beer). More tomorrow.
8 comments
Read more

The Flying Fickle Finger of Fashion

Blogger's new 'popular posts' gadget (right) is interesting. For one thing, it shows that readers and writers may have different ideas on what a blog is really about. The Paranormal has one spoof post about a gay bar in Doha and an even less serious one on Doha's lesbian scene. That's two posts out of more than two hundred. But these are the two that top the table for visitors. My challenge now is to write them out of the top spot but that's not going to be easy, given that everyone in the GLB World community who's contemplating a move to Doha inevitably does some research on Google and ends up here. I'm glad of the traffic of course, but it's not the Paranormal's core business. Similarly, I'd be willing to bet that if BuJ Al Arab were to install the gadget, his hands down winner would be Farah Malhass , the Arab female bodybuilder, yet lady bodybuilders are hardly his core business either. (BuJ - please correct me if I'm wrong!) The
Post a Comment
Read more

Musheireb - now you see it, now you don't

Only a week separates these two pictures, taken from the roof of Doha Mercure (the Sofitel to its friends). That's how fast the old city is disappearing to make way for the new. The whole area from National to Boat Roundabout is now reduced to Rubble City. It's too late now, but somebody should have fitted a time lapse camera to Sofitel roof to record the disappearance of a city. A casual record can be found in the annals of this blog, but intermixed with so much fluff that I doubt it will ever feature in the National Archive. On a happier note, The Paranormal blog will return to its roots this week, as Paraglider has a couple of days' work scheduled in Dubai.
2 comments
Read more

By Para Glider - February 03, 2011
No, I haven't lost the plot completely. I just wanted to demonstrate to someone how easy it is to hit the top slot in the search engines if you choose a sufficiently obscure search string. As a wipe, natural moleskin is not very effective. Moles, after all, are designed - sorry, evolved - to slip through their tunnels, not to stick to the walls. But this is changed by the reticulation process. A properly reticulated moleskin wipe will remove dirt and grime from any smooth surface. Subsequent removal of said grime from the moleskin wipe is another matter, and one we needn't discuss here. Now, to all the Chinese girls in the Paranormal and to Doha's Mandarin girls, a very happy New Year of the Rabbit!
2 comments
Read more
More posts