A deep hole in the ground 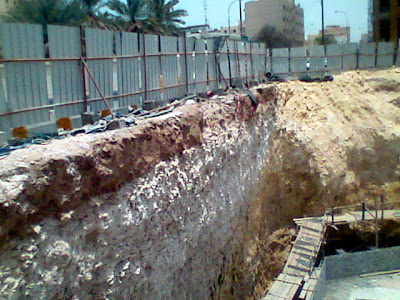 Not sure what is going to be built here in Bin Mahmoud, but from the depth of the excavation, it's probably going to be one tall building. Not tall as in Burj, but bigger than anything in the neighbourhood. I'm always amazed that they dig these deep holes in the middle of the city and protect the public with the flimsiest of corrugated iron fences, the type the wind blows down regularly, a mere two feet from the sheer drop. And the gaps in the fences are easily wide enough for all but the most obese to squeeze through. For the kids, it's a straight invitation.
The suspended walkway (below) doesn't look too safe either, but that's for the workmen so no-one's going to worry. 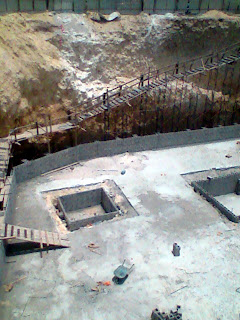