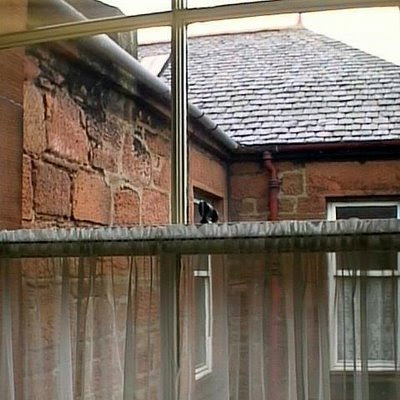 The big bunker was where we kept coal and sometimes logs. There were two coal pails and frequent debates about whether they were really coal buckets. The distinction was lost on me. But I knew all about coal and what it was really for. Burning it was a waste. Far better was to go to Roddy's house and make gramophone records out of coal dust and water. I'm sure they'd have sounded just great if we'd been allowed to take them into the house and try them out.

Being quite small, the only way Mum could carry a full pail of coal upstairs from the coal cellar to the big bunker was by taking the handle in her clasped hands, her arms stretched out in front to keep it away from her clothes, in a position that anticipated by some forty-five years Johnny Wilkinson's odd approach to a penalty kick. (Ours was always a rugby house). Derrick, already a natural teacher, would explain that this was the wrong way to carry a pail of coal. "You're putting yourself at a Mechanical Disadvantage", he'd say, and then offer to help, if it was bob-a-job week.
the house